Stage content, side events and other activities targeted at the thousands of marketing and sales professionals on the lookout for future growth at Slush 2019.

What’s the future of sales and marketing as new growth models are blurring the line between the two? Will teams currently responsible for differing things like customer acquisition, data analytics and content marketing merge into one? Driving Growth is designed to bring you the right stage talks, side events, people and activities to understand the future of sales and marketing and drive both personal and business growth.

Want to learn more and stay in the loop? Sign up for our newsletter.

As increased competition drives marketing cost in digital channels, those looking for growth need to look to new sources and techniques. Great growth teams and processes involve a mix of marketing, sales, design, engineering, and analytics.

Combining the left and right side of the brain

The value of integrated marketing and sales channels and analytics keep growing as we search for ways to combine offline and online analytics, figure out the right attribution model and so on. How to combine being data-driven with all the creative stuff that does not show on the weekly report?

Content is king and inbound is the prince that gains more power. It’s important that sales and marketing teams work together to attract and nurture leads by providing value well before this converts to sales. Are we moving from a funnel to a flywheel?

AI in personalization and automation

While AI won’t yet do our work for us, it’s already helping us be more efficient each day. Everything from channels to content to scheduling can soon be personalized and optimized based on customer data. What tools should you already be using to make your results better and work easier?

GET INSPIRED AND LEARN ABOUT FUTURE SOURCES OF GROWTH.

The core of our program is to offer the latest, most concrete know-how about growing and scaling companies. Who would be better for the job than seasoned marketing and sales executives and operators from the fastest growing companies in the world, who are committed to sharing their best tricks, tools, and tactics on stage? Take home lots of concrete advice and inspiration about the latest trends.

SOME OF OUR GROWTH EXPERTS TAKING THE STAGE.

Tina Sharkey is Co-Founder of Brandless, a direct-to-consumer brand that makes hundreds of fairly-priced, high-quality items, consciously curated for every member of your family and room of your home. Tina was previously a Venture Partner at Sherpa Capital. She was Chairman and Global President of BabyCenter (part of Johnson & Johnson) and was a senior leader at AOL where she led Programming, Networks, Messaging and Community. Before AOL, Tina co-founded iVillage, built Sesame Street Online, and helped create a new home shopping channel for QVC. She is the Co-chairperson of the Brandless Board and additionally sits on the Boards of ipsy and Brit + Co, and is a Henry Crown Fellow at the Aspen Institute.

In 2012, together with CEO Toni Petersson, John began to turn a 30-year-old maker of oat drinks, Oatly, into a global movement focused on the development of a more sustainable, plant-based lifestyle. By eliminating the marketing department and replacing it with the Oatly Department of Mind Control, his team of creatives has created a voice that often questions the role of companies and brands and has become instantly recognisable for its consistently inconsistent approach to encouraging people to take small steps in order to upgrade their lives and the sustainability of the planet.

Former CMO, currently member of Advisory Board at Discord

Former CMO, currently member of Advisory Board at Discord

With 20 years of experience in music, entertainment, and gaming, Eros has honed his expertise to build businesses at all stages of growth.  Most recently Eros was a founding executive at San Francisco based start-up Discord, the largest communication platform for gaming communities and beyond. Previously, he was a Partner at YouWeb, a Silicon Valley -based accelerator where he invested in and advised start-ups.

Prior to YouWeb, Eros was SVP of Marketing and Developer Relations teams at GREE, a role he held through the acquisition of OpenFeint where he was a founding executive. He’s held similar roles at a number of companies including Hewlett Packard and Real Arcade. In addition to his expertise with startups, Eros is a performing musician and founding partner of San Francisco’s independent label Los Kamikaze Records. Eros is currently managing his own angel fund and advising a number of early-stage companies throughout the world.

Inés is Deliveroo’s Chief Marketing Officer, focused on driving Deliveroo’s global growth and building customer loyalty across our 13 markets. Inés joined Deliveroo in January 2019 from Treatwell, Europe’s number one marketplace for hair and beauty bookings where she held the role of Country Manager for Spain and CMO before being appointed as Chief Customer Officer. During this time Inés led the creation of a strong data and technology led marketing team focused on driving faster growth through brand creation, customer experience and creative excellence. Prior to Treatwell, Inés worked as CMO for Groupalia, the leading daily deals company in Spain, operating across Spain, Italy and South America.

Jessica is a Partner at Northzone, the leading European VC fund behind game-changing companies like Spotify, iZettle, Avito, Klarna, Trustpilot, Personio and Red Points. Since 1996, Northzone has backed over 140 companies and raised 8 funds, with over €1 billion under management. The fund has offices in Stockholm, London, New York and Oslo. Jessica‘s main focus is on e-commerce and consumer internet. Her portfolio includes Red Points, NA-KD, Matsmart, Klarna, Outfittery, Lemoncat and Fyndiq. Prior to joining Northzone, Jessica co-founded and was CMO of market-leading recipe-kit delivery service HelloFresh, spearheading the global marketing operations.

Alex Chung is currently the Founder and CEO of GIPHY, the people who bring you all the GIFs. Before founding GIPHY he was a Hacker in Residence at Betaworks and directed media technology for companies such as MTV, Viacom, Comcast, managed research for Paul Allen’s R&D lab, and started his career as a hardware engineer at Intel. He’s a serial entrepreneur whose past projects include The Fridge (a private social network acquired by Google) and several others backed by investors such as YCombinator, Mitch Kapor, Google, Intel, Yahoo, and others. He was named on Business Insider’s Top 25 most influential technologists in New York, Fast Company’s most creative people in business, Ad Age’s 50 most creative people of 2016, and has degrees in philosophy, computer engineering, and graphic design.

Sophia Bendz is a Partner at Atomico focusing on Nordic sourcing activities. Based in Stockholm, she is passionate about helping founders with communications and marketing strategy and scaling their brand. She also leads the Atomico Angel Programme. Sophia was the Global Marketing Director at Spotify from 2007-2014, where she built out a strong consumer brand from scratch, while launching and marketing the service globally. Today she is an active angel investor, especially in femtech startups including Daye and Clue. She serves as a Board Director at Avanza, Kindred Group and non-profit organization Race For The Baltic.

Ethan Smith is Founder and CEO of Graphite, a premier SEO and growth marketing agency based out of San Francisco.  Ethan has served as a strategic advisor to Ticketmaster, MasterClass, Thumbtack, and Honey.  Prior to founding Graphite, Ethan held executive roles in product management and marketing.  He is recognized as a leading expert in SEO and growth marketing, and regularly speaks and publishes in Venturebeat, Market Watch, and INC.  Ethan graduated from University College London with an MSc in Human-Computer Interaction where he performed academic research featured in ACM and the Behavioral Economics Guide.

Co-founder & CEO of Adriel
Sophie Eom is Co-founder and CEO of Adriel. Since founding the company in 2018 with Olivier Duchenne, she has led the company’s rapid growth, securing $6.5M funding only in a year. Sophie received her Master’s degree in Finance from HEC Paris in 2012. After graduating, she worked at Oliver Wyman Financial Services as a consultant, and then moved to AXA, where she got an idea of using machine learning to help financial companies give better credit scores. Based on this idea, she founded Solidware, an AI startup that provides Machine Learning-based predictive analysis solutions to large financial institutions around the world.
After her successful exit, Sophie turned her frustration with complicated and inefficient digital marketing experience into a vision for what became Adriel. Adriel has been helping more than 10 thousand businesses around the globe to thrive through easy and effective digital marketing. Sophie was listed in 2017 Forbes Asia 30 Under 30, and served as a member of UN Secretary General’s High Level Panel on Digital Cooperation, along with Melinda Gates and Jack Ma. Sophie is a mother of 2 children.

Paul is a Partner at Northzone, the leading European VC fund behind game-changing companies like Spotify, iZettle, Avito, Klarna, Trustpilot, Personio and RedPoints. Since 1996, Northzone has backed over 140 companies and raised 8 funds, with over €1 billion under management. Paul is focused on consumer and entertainment, as well as enterprise applications. His portfolio includes TIER, Thirty Madison, Klang, and Bunch. Prior to Northzone, Paul founded and was CEO of mobile games company Dots in NYC, and built and invested in companies at betaworks, the startup studio behind companies such as Poncho and Giphy.

CHECK OUT ALL OF OUR SPEAKERS

Slush offers you a uniquely efficient way of getting in touch with new sales leads. With 25,000 tech enthusiasts ranging from investors and entrepreneurs to international media and Fortune 500 executives, there are people to match any company’s needs. What’s more, you won’t have to count on bumping into them by accident; our Matchmaking Tool allows you to effortlessly schedule meetings with anyone.

With 25,000 attendees and 10,000 companies present, Slush 2019 is the biggest business event in the Nordics. If you’re here to gain more awareness for your brand among the tech crowds, you’ve come to the right neighborhood.

Slush brings the networking game to a whole new level by gathering 25,000 tech enthusiasts under one roof and connecting them through a myriad of ways. There’s something for everyone: one-on-one meetings through the Slush Matchmaking Tool, industry-specific side events, dinners, pub crawls – all sprinkled with the Slush vibe that gets both the small and big talk going.

OVER 700 JOURNALISTS TO BREAK YOUR STORY.

More than 700 journalists representing the leading technology and business publications come to Slush Helsinki in search of breaking stories. If you’ve ever dreamt about your company’s moment in the international spotlight, prepare your media pitch and tell your story on the global stage. The likes of Forbes, Financial Times, and CNBC have covered companies in the past.

A New Growth Model – From Funnel to Flywheel 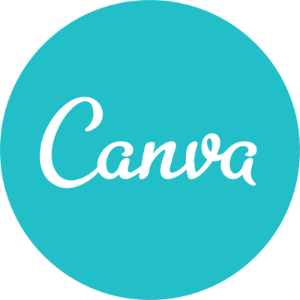 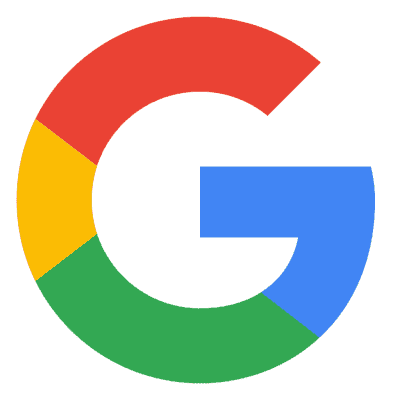 FIND THE RIGHT SIDE EVENT FOR YOU.

Much of the fun and value of Slush 2019 is sprinkled across Helsinki over the course of the Slush Week. Connect with your peers around side events related to your topic of interest in marketing or sales, or find relevant people and companies that are working in your industry.

GRAB YOUR SLUSH PASS TO ATTEND ALL THE DRIVING GROWTH ACTIVITIES.