Hardware diamonds from the North

APPLY AND GET YOUR TICKETS

Slush’D is a brand new concept branching off from Slush. Driven by a dedicated and independent team of local entrepreneurs, students, community builders, and Slush alumni, the aim of Slush’D is to connect and activate local tech startup ecosystems across Europe to take their entrepreneurial future in their own hands.

The first-ever event with a focus on hardware startups and investors took place on Sept 19, 2019, in Trondheim, Norway.

The event itself gathered a group of around 200 attendees, consisting of the most promising startups, leading local and international investors, as well as relevant industry partners.

The event will consist of keynotes and discussions with a focal point on hardware.

Check out the most popular questions from here

Registration for this event has ended.

Since 1998, Yngve has been involved as a CEO, Chairman and active board member in 9 Startups. Six of these has been profitably sold, while the three last ones are very profitable independent companies. Yngve has written three books, teaches innovation and is working on a Ph.D. at Norwegian University of Science and Technology. At Slush’D he will lead a Business Development Hackathon based on what has been learned from working with 13 000 cases.

Didrik was the Co-founder & CMO og FlowMotion, a Norwegian startup that went from idea to 70,000,000+ NOK in revenue — and eventually crashed in June. Hear the unique FlowMotion-story from beginning to end and learn how to scale your startup – and what to avoid.

Katja Toropainen is the founder of an inclusion movement, Inklusiiv. For the past two years, Katja has been in the Slush leadership team in charge of content, program, and speakers; following closely the global technology industry and spending a lot of time in Silicon Valley. Last year, she was recognized as one of the 100 most impactful and influential figures in the Nordic startup and technology scene by the Nordic Web.

Tor Bækkelund co-founded StartupLab in 2012 with a mission to help Norwegian tech Startups to succeed globally.

Prior to StartupLab he was the CEO of Hugin, a Norwegian Saas company, that he developed into the European leader within its field. He made two successful sales, first to NYSE Euronext (2006) and later to Thomson Reuters (2009). During the tenure the company did as well multiple transactions. He has been a technology director, factory manager & SVP for a Norwegian high-volume technology company within the security business (Assa Abloy, a Swedish Stock listed company). His first professional assignment was tech & project lead of multiple hydro power plants in Africa and Asia.

Since 2010, he has actively helped and invested in early tech startups in Norway which resulted in this initiative in 2013, when he took the initiative to establish a network of entrepreneurs called Founders Fund (in Norway), backing Norwegian tech founders. StartupLab has three funds under management.

To date his team has invested in 80+ promising Norwegian tech startups, many of them with strong IP from Norwegian research.

When he’s not working, he enjoys his family and the Norwegian outdoor either trail biking or backcountry skiing.

He holds a master’s degree from NTNU and is an alumnus from London Business School.

Jacob is a co-founder of Uromaker, an innovation studio based in Oslo. Uromaker brings entrepreneurial tools, frameworks, and mindset into large organizations to help them develop a culture of innovation and intrapreneurship. Before Uromaker, Jacob was a co-founder of the sharing economy startup Easybnb, as well as the educational program Early Stage which teaches students in Bergen how to develop and launch their startup ideas.

Marthe Næss. She is an industrial designer educated at the Institute of Design at NTNU. During her studies, she was involved in the startup environment at NTNU and volunteered to help startups with design. Most recently she co-founded the design agency Spring Methods in Trondheim.

Nicolas Elvemo is the CEO of GlucoSet AS, a medical device company in Trondheim he has led since it was founded by NTNU. He is a medical doctor with a Ph.D. in clinical medicine, but most of his professional experience is in business development and startups.

Håvard Belbo is the CEO of T:Lab as well as the preseed fund Tidligfasefondet. He is chairing
the board of Junior Achievement (Ungt Entreprenørskap) Trøndelag and is involved in a large
number of startups. He has been an active partner in developing the innovation center
InnoCamp in Steinkjer, Norway.

Nina is a Venture developer in Antler with the focus of finding founders and funding. She has a MSc from NTNU School of Entrepreneurship and was the founder of Adall, a legal tech startup focusing on making privacy available for everyone. Her interest in startups and entrepreneurship increased as she was the leader of the student organization Start Norway in 2017.
Antler is a global startup generator and early-stage VC which enables the world’s most brilliant and determined people to build global businesses from the ground up. In January 2020, we will launch our first Norwegian program focusing on three exciting verticals with lots of potential for disruption over the coming years: energy, property and mobility. 60 incredible individuals will to join the Oslo program where they will find co-founders to build and grow businesses with the help of Antler’s global network of 300+ experts.

Tonje Evanger is co-founder and CDO of Variant AS, a consultancy offering technology, design and
business services.

Tonje has been in charge of design and innovation processes in both startups and large corporates for
many years, focusing on building strategy and culture for innovation and
intrapreneurship/entrepreneurship.

Tonje has a background in Product Design and Innovation and Technology Management from NTNU,
The University of Cambridge, University of Aarhus and OsloMet.

Carl André Nørstebø is Creative Director of Industrial Design in EGGS Design. In other words; His crew knows hardware. And what it takes to create and deliver successful products. The guy has many hats in EGGS; founder, owner, board member and last but maybe most important; Still a designer every single day. The last 16 years he has worked with hundreds of start-ups and other brands, designing everything from chocolate to boats. On his spare time nowadays you can find him on his #sketchaday project on Instagram: www.instagram.com/kadabracarl

Why Investors Should Care About Design
Carl André Nørstebø, Director at EGGS Design

Fireside Chat: Why and How to Start Your Business in Trondheim?
Sven Kolstø, Partner at CoFounder Management
Lead by Jacob Mørch, Uromaker

Why Should You Think About Diversity And Inclusion In Your Company?
Katja Toropainen, Founder of Inklusiiv

Choose two of your favorites:

How to raise risk capital through crowdfunding by Øyvind Fries & Amalie Holt, Folkeinvest

How to run a student-driven investment fund by Pauliina Meskanen, Wave Ventures 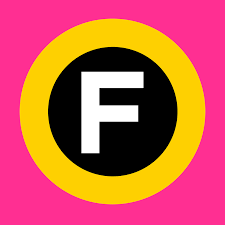 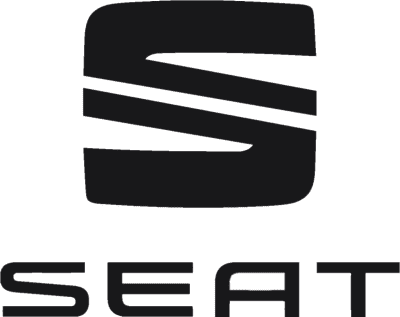 “Time to get Slush'D. See you in Trondheim.”